The Unmatched VigRX Plus™ Formula

Now More Effective with the Addition of 3 New Ingredients

With the addition of three new ingredients to VigRX Plus™ we've done what was believed to be impossible - improve upon the results delivered by VigRX™.

To achieve this amazing result we added Tribulus and Damiana and an ingredient found in no other penis enhancement product on the market - Bioperine®. Damiana and Tribulus have successfully been used for thousands of years to increase libido. Their addition to the winning VigRX™ formula has seen users experience dramatically improved results. Bioperine® is likely to revolutionize the entire supplement industry. More on that later.

Why does VigRX Plus™ work so much better than competing products?

Aside from having the correct formulation, the most important factor in producing results is the quality of the ingredients. The ingredients in VigRX Plus™ are the freshest and finest ingredients available. That's why no other penis enhancement pill on the market can compare to VigRX Plus™.

What's in VigRX Plus™, and how does it work?

The VigRX Plus™ formula has been scientifically engineered for maximum possible results. We did our homework to create this one of a kind formula. It includes scientifically tested, potent aphrodisiac herbal concentrates from China, Europe and South America.

This precise blending of herbs forms a powerfully effective combination guaranteed to stimulate sexual activity, maintain a firm erection and increase sexual pleasure. While the benefits of all of these ingredients have been known for centuries, it's important to know that clinical studies have backed up these benefits. Plus with the addition of Bioperine® our ingredients are even more effective.

U.S. clinical studies have shown that Bioperine® safely increases the absorption rates of nutrients that it is combined with. Simply stated, Bioperine® makes supplements work better.

Studies with Bioperine® show that Bioperine® increases the absorption of coenzyme Q10 by approximately 30%, with some trials demonstrating a 20-fold increase in bioavailability. Bioperine® has demonstrated its effectiveness and been awarded serveral U.S. patents as a bioavailability enhancer (including # 5,536,506, # 5,744,161 and # 5,972,382). 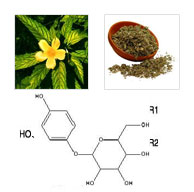 Damiana has been used in Central and South America from the time of the Mayans as an aphrodisiac. It has developed a reputation over thousands of years as a proven way to increase sexual stamina, improve erectile function and enhance orgasms. While there have been no clinical studies on humans testing its effects on sexual performance, clinical studies on mice have shown an increase in sexual activity. 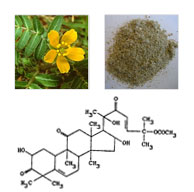 Tribulus Terrestris has been used in Europe for thousands of years as a method to treat sexual dysfunction and increase libido. No side effects have been noted in its long history of use. Clinical studies in Bulgaria in the early 80's showed it's effectiveness in improving erectile function. It was found to increase the level of luteinising hormone levels (LH) thus improving the level of testosterone in the body. Its use is now accepted by the mainstream European medical community. Recently it has surged in use in North America as athletes have discovered its ability to increase their strength and stamina. 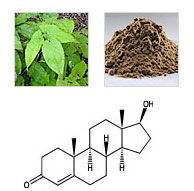 Medical research has discovered that the active ingredient is icariin. Icariin is used to increase erectile function. Another effect of Epimedium is, it allows more blood to flow to the penis. It does this by allowing the nitric oxide levels to increase, relaxing smooth muscles. It also acts as a mild PDE-5 inhibitor. Like Viagra, Epimedium reduces PDE-5 levels, although at a level that doesn't produce unwanted side effects.

After centuries of use in China, top medical doctors now report that Epimedium can be used to boost libido, improve erectile function, restore sexual power and increase sensation. Scientifically, Epimedium works by freeing up testosterone, which naturally increases sex drive and endurance. 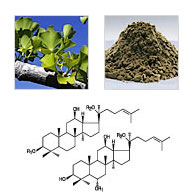 Ginkgo has been shown to be nutritional support for mental alertness, enhanced vitality level, circulatory health and blood vessel health.

Like Cuscuta, Gingko Biloba increases vascular blood flow- resulting in improved erections. Studies have suggested that Gingko biloba works by promoting smooth muscle relaxation in the corpus cavernosum. In the last 30 years, more than 300 studies have given clinical evidence that Ginkgo prevents and benefits many problems throughout the entire body.

Ginkgo improves peripheral circulation, oxygenation, and increases blood flow to the genitals to improve sexual function and the power of an erection. In a recent scientific study, 78% of men with non-medically caused impotence problems reported significant improvement - with no side effects. 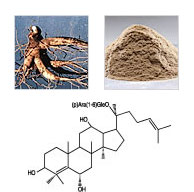 The traditional use of Ginseng is to overcome general weakness and deliver extra energy. It also has aphrodisiacal powers.

A key ingredient of Ginseng is ginsenoside, which alters blood flow to the brain and penis and can build blood and sperm. Russian scientists have reported and recorded that Ginseng stimulates both physical and mental activity, enhances athletic performance and has a positive effect on the sex glands. 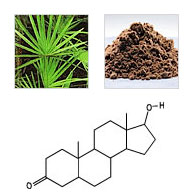 Saw Palmetto berries have long held a reputation as sexual stimulants and aphrodisiacs.

The medical journal JAMA published research showing how Saw Palmetto is effective for the treatment of men with symptomatic benign prostatic hyperplasia. Saw Palmetto has shown significant action in treatment of conditions associated with benign prostatic hypertrophy (BPH). Saw Palmetto extract works to prevent testosterone from converting into dihydrotestosterone, the hormone thought to cause prostrate cells to multiply which leads to an enlarged prostate.

The effects of Saw Palmetto are a result of multiple mechanisms. One mechanism is that it relaxes smooth muscle tissue resulting in increased blood flow. Saw Palmetto also inhibits androgen and estrogen receptor activity and may be beneficial for both sexes in balancing the hormones. Because of its hormonal effects, Saw Palmetto can aid the thyroid in regulating sexual development and normalizing activity of those glands and organs. Currently, Saw Palmetto is widely used in Germany, Canada, the United Kingdom and the U.S. for nutritionally benefiting the prostate and urinary tract.

Their largest use today is as a supplement for reducing enlarged prostate glands, treating urinary tract problems and for improving body strength. Saw Palmetto is one of the few herbal remedies that are considered to be anabolic -- strengthening and building body tissues. 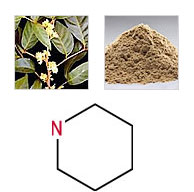 Muira Pauma is used to restore sexual virility and to increase sexual desire and potency in men.

Dr. Jacques Waynberg, at the Institute of Sexology in Paris, France, did a study of 262 men complaining of lack of sexual desire, or the inability to maintain or attain an erection. The results showed that 62% of men with a lack of libido had benefited. 51% of men who had erection problems also benefited.

Recent clinical studies further validate the potency of Muira Pauma. Presently, the mechanism of action of Muira Pauma is unknown. From the preliminary information, it appears that it works on enhancing both psychological and physical aspects of sexual function. Future research will undoubtedly shed additional light on this extremely promising herb for erectile dysfunction. 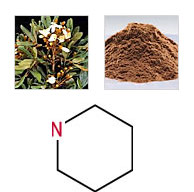 Medical studies have shown that in addition to it's antiviral and antibacterial properties, it dilates blood vessels. According to Dr. Meira Penna, Catuaba functions as a stimulant of the nervous system, above all when one deals with functional impotence of the male genital organ.

It is a strong tonic and nervous system fortifier. Long known for its general capability of giving strength and relieving fatigue. The effect is pronounced in men, especially as a libido enlivener. 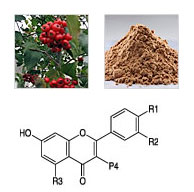 This phytochemical, with exceptional preventive capacities, comes from the hawthorn tree. Hawthorn is rich in bioflavonoids, which relax and dilate the arteries. These compounds are powerful antioxidants that help increase the flow of blood and oxygen to the heart. This reduces the work required by the heart to circulate blood, and in turn this reduces blood pressure and stress to the heart muscle. The bioflavonoid substances in Hawthorn give strength to the walls of blood vessels and improve blood flow to other areas of the body. Components in Hawthorn have also been shown to lower cholesterol, and the amount of plaque in arteries.

Officially approved for pharmaceutical use in Germany, government studies show the Hawthorn plant to be completely free of any side effects. European studies have shown that the Hawthorn botanical increases blood flow to the heart and brain, protects the heart from irregular beats, enhances the strength of the heart's contractions, and mildly lowers blood pressure.

Try VigRX Plus for 67 Days and
if you're NOT completely satisfied...

You Do Not Pay A Penny

Our guarantee is simple: If for any reason you are not completely satisfied with the incredible results...

...Simply send us your empty VigRX Plus containers in the first 67 days and we will refund your entire purchase price - no questions asked!